Animation is the more advance form of art, as it combined series of drawings into a nicely timed movement.

Animation is divided into 2D and 3D, but both actually uses the same principle. Master the principle, and you can do great animation on any media. So what are the basic principles of animation?
There're actually 12 of them.
The Twelve Basic Principles of Animation is a set of principles of animation introduced by the Disney animators Ollie Johnston and Frank Thomas in their 1981 book The Illusion of Life: Disney Animation. Johnston and Thomas in turn based their book on the work of the leading Disney animators from the 1930s onwards, and their effort to produce more realistic animations. The main purpose of the principles was to produce an illusion of characters adhering to the basic laws of physics, but they also dealt with more abstract issues, such as emotional timing and character appeal. 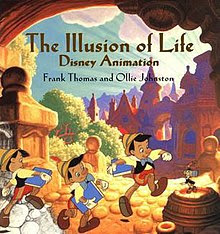 and spend a little money to get your products reviewed brilliantly

Earn money with your Art knowledge

I'm Serpentwitch, currently working as the lead animator on Lumine studio in Indonesia. I'm also a manga artist, illustrator of an American manga called 'Spirit Armageddon' which is self published at California.

I also tried many other things such as digital painting, making web games, and writing fantasy novels. But right now I think I'll focus to become better at animation.

Please enjoy your stay here, and pardon me for my bad english.